Good luck, keep us informed! I started this morning -- Just bootstrapping, so I don't have anything to show for it yet, but I wanted you to know the ball is rolling. So here's my goal: So, I'll keep you informed. I looked at your site, I can't really figure out what your software does, even though it's really cool looking And, btw, it's cool your girlfriend is a game programmer.

I'm jealous. Does she do it professionally? Batch processing mode makes a ton of sense.

A complete solution for repeating textures and 3D maps. Save a lot of texturing time with PixPlant!

Sounds great My software is a realtime video performance tool. Basically video playback with custom effects and mixers, along with some OpenGL render to texture effects for treating scenes as video and mixing GL with video or live camera input. My GF isn't a professional game dev, no, but she's a teacher.

She teaches graphics, design and programming, and some procedural graphics programming techniques to undergrads. Mostly with Processing. Shes awesome I poked about your site for a bit. The screenshots for that game? Very nice stuff man.

What are you working on? Oh, and Im assuming the calligraphy is yours as well, very beautiful stuff! Are you rolling the mapping code from scratch or following another method? I wonder if this can't be done 'on the fly' in one of the various real time video apps Is there a standard for normal maps by now?

Lst time I looked, it seemed like everyone has their own homebrew method of how normals are encoded in RGB maps. Originally posted by Stef: There is a "standard" well, really, a convention , as far as I can tell. Hence why normalmaps usually are bluish. Regarding gcc's question I imagine there are any number of neat ways to do it. So, yeah, I'm rolling it from scratch. Originally posted by gcc: So, I've got a simple implementation working, and it seems to work correctly or at least it produces a similar output to NMG. The input bumpmap: The output normalmap: So, I was going to thread the normalmap generation, such as having 4 threads each processing different scanlines, but So it doesn't really seem worth it.

But threaded batch processing, sure why not! Just had to say that the pictures and links in this thread are very interesting. I too love the fact that Ars dwellers are so helpful.

And with that last post, I finally sort of get what the heck you have all be talking about! Well, too late, I'm going to write a GUI for this over the next couple days. This is awesome. Just yesterday, I was looking for a normal map generator. Somehow I missed this thread. I'm looking forward to the result! A normal a vector that is tangent to a surface is used in 3D modeling to provide lighting data. A normal map is like a bump map, in that it provides detail work to a low vertex count not super detailed model to make it look more detailed.

The normal map replaces the normals on the model, so that when lighting is calculated the model can seem more detailed than it is. Imagine part of a 3D characters shoulder is modeled. Because you want to make the game run in realtime you have a limited number of vertices, so you make the model less detailed. Say the shoulder of the model is now faceted. Each facet, because its basically a plane, has the same normal across its surface.

So the lighting is the same for every point on the shoulder, unlike in a super high res model that would be curved. Make sense? Its basically a way to get detail when there isnt any in the geometry which is vector data from a texture that is a bitmap. I have begun the GUI. I even have an icon.

How to create Normal Map in Photoshop on Mac ? : Adobe Photoshop

No saving yet, or batch processing. And it crashes when you quit. But I just wanted to show everybody here that it's happening! On a side note: I've written a couple Cocoa apps using bindings before, but it was painful, probably because I learned cocoa using the traditional write-yer-own-glue-code and controllers yer-damn-delf way.

I think I'm beginning to grok bindings. Can you post the process you are using to generate the maps? I think 40 msec per image could be improved upon unless that is a huge test image. I'll post the code. I will tell you right now it's absolutely unoptimized. Absolutely positively magnificently unoptimized. You know the drill: I was just really surprised at how quick it was without optimization.

I recall all sorts of silly optimizations I used to use on my powerbook, like custom square roots and various stuff from apple's intrinsics macros. OK, as promised, here's the code I wanted to eat lunch, first First, here's the NMClampMode enumerator and a method to clamp values with it: The normalmap is 24bpp unsigned char, and the bumpmap is 8bpp unsigned char. Both are of the same dimensions. 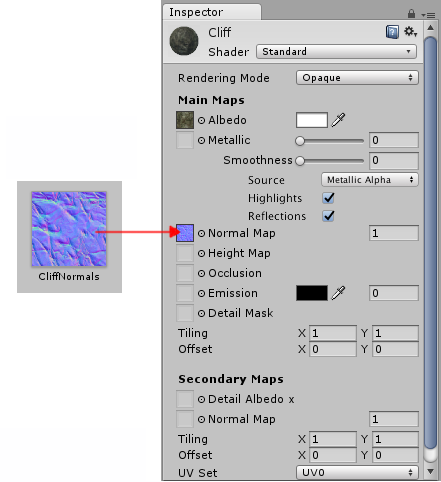 Too many. A big speedup would be to precalculate the offset for, for example, the scanline and pass that and the x offset value. This would have ramifications for edge-wrapping, but not insurmountable. They seem to work, but for all I know I've fubared it. Ah, here's a download of the source, if you gcc or anybody else would like to optimize One simple thing you could do is to call the clamping only at the border pixels.

You'd iterate from filterwidth to width-filterwidth without clamping and then loop separately over the border pixels with clamping. Or you could use vecLib to accelerate the thing. Code like that shouldn't be very hard to translate in fact, this might even work as a Core Image filter. The first question I have is whether floats are needed at all.